Leyton Orient are the visitors on Tuesday 15th March. The O’s arrive on a bad run of form.  No wins in their last 14 matches, with only 6 goals scored during this run.  This dire run of games led to their experienced manager, Kenny Jacket, being fired in late February.

Coach Matt Harold stepped up to take temporary charge before Richie Wellens was appointed on a 2 and a 1/2 year contract within the last few days.   Under Harold, Orient had a 1-0 home loss to Carlisle, and 2-2 draws against Colchester and Stevenage.  No wins yet, but at least the O’s are back to scoring a few goals.  Wellens’ 1st game was away at Hartlepool and Orient drew 0-0.

Orient may be getting desperate for some points – they are in 20th place in the league with 36 points from 34 games.  This leaves them only 5 points above Oldham in the relegation places. The reverse fixture in October finished 1-1, a Matty Stevens opener in the 68th minute equalised by Sotiriou in the 76th.

Leyton Orient’s stand-out performer so far this season has been their 6ft 5in striker, Harry Smith.  Smith moved from Northampton in the summer, where he was failing to make an impact in the first team and was loaned to Motherwell for part of last season.  He has hit the ground running for the O’s with 11 goals so far this campaign.  Smith wears number 9.
Leyton Orient’s started the season as a free-scoring side.  Scoring has been an issue for the side recently, but they’ve still managed 42 goals in their 34 games, even despite their poor recent run.
Backing up Smith are an Irishman Aaron Drinan and a Scot, Theo Archibald, who have scored 10 times and 5 times respectively.  In 2018, Archibald joined FGR on loan for the 2018/19 season and he scored a memorable first senior goal of his career on his 21st appearance with a “stunning” 25-yard strike to seal a 2–1 victory over Northampton on New Years Day 2019.  But it was a lack of game time that led to Archibald’s recall to Brentford after that match.  Archibald wears 11 and plays as a pacey right winger.  Drinan wears 16.

They haven’t been that comfortable away from home – just 12 points from their 15 away games so far.  But they do have the 7th best defensive record in the league, conceding only 36 goals in 34 games.

Their normal formations are 3-5-2/5-3-2 i.e. 3 central defenders and wing backs.  But they changed to a 4-3-3 in their 1st game under their new manager.  Orient are often happy to keep the opposition guessing, mixing a route one approach with playing out from the back.

Orient appointed a highly experienced manager in Kenny Jackett in the summer, on a one-year rolling contract.  Jackett had previously managed Watford, Swansea, Millwall and Wolves, among others.  But a poor run of results saw him sacked in February. 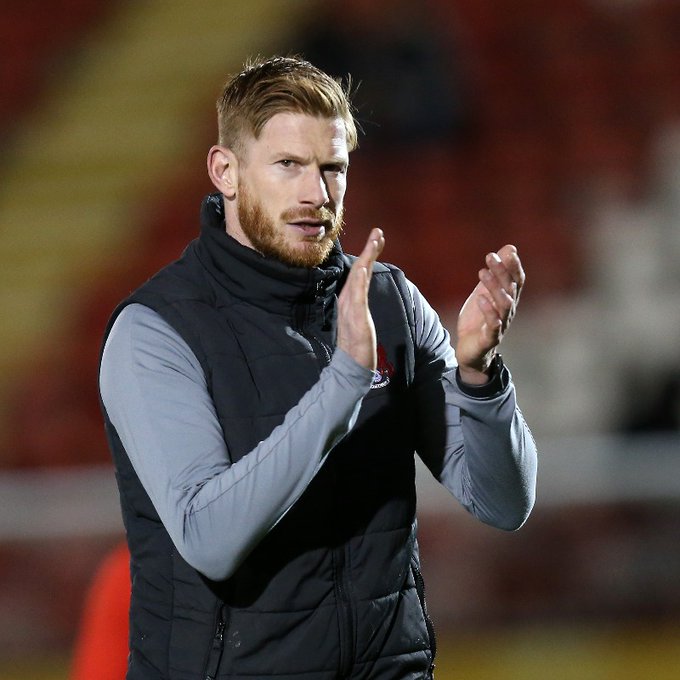 Richie Wellens became the new Orient manager just a few days ago.  The match against Rovers will be his 2nd game in charge.  Orient say Wellens is known for an attractive style of play with an intense pressing focus.  Wellens won promotion from League Two as manager of Swindon in 2019/20.  He went on to manage Salford then Doncaster.

Leyton is a suburb of East London, formerly in Essex.  One of London’s most ethnically diverse suburbs, it is home to New Spitalfields Market and The Queen Elizabeth Olympic Park.

Leyton is an Anglo-Saxon name meaning ‘settlement on the River Lea’. The Orient part comes from the Orient Shipping Company (later bought by P&O), employer of some of the players in the club’s amateur days. Orient’s crest is made up of two wyverns facing each other over a football. The wyvern is the symbol of the Thames, in mythology the defender of the Thames. The wyvern on the badge provided the inspiration for the club mascot Theo who got his name from a shortening of the club’s nickname, the O’s.

Orient greatest success was when they achieved promotion to the top tier in the 1962/63 season.  They lasted just the one season. This is the club’s only taste of top flight football.

They are one of only 6 clubs to have played in all 5 of the top tiers in English football.

In 2017 Orient were relegated to the National League which ended a 112 year stay in the Football League.  This was a difficult time for the O’s. Under the ownership of Italian businessman, Francesco Becchetti, the club had been relegated twice in 3 seasons and had 11 different managers in that time.  Two years in the National League ended when Orient were promoted back to League 2 as National League champions in 2019.  Their revival had much to do with their manager, former Spurs defender, Justin Edinburgh.  Tragically, Edinburgh died suddenly and unexpectedly of a heart attack in June 2019.

Since coming back into the EFL, Orient have managed a 17th and then an 11th place finish in League 2.