Mark Cooper in charge on 23rd Nov (of Barrow)

Mark Cooper in charge on 23rd Nov (of Barrow)

This season is only the 2nd ever season in the EFL for Barrow.  Last season, 20/21, they finished in 21st place.  The match that pretty much secured League 2 status for Barrow last season was their 2-0 victory in Nailsworth with just 2 fixtures left to play.

The Bluebirds are 19th in the table with 19 points from their 17 games.  Since their 0-0 home draw against Exeter on 17th August, nobody had managed to stop Barrow from scoring in a game – that was until their most recent 2 outings, a 0-0 draw in the Cumbrian derby away to Carlisle (in a game described as drab!) and a 1-0 defeat at home to Crawley.  They seem equally comfortable at home and away  – 10 points from their 9 home games and 9 points from 8 away games.  Maybe a little worrying for Barrow is their run of 7 games without a win, going back to the 2nd of October.  Barrow’s overall record so far is 4 wins, 6 defeats and 7 draws. 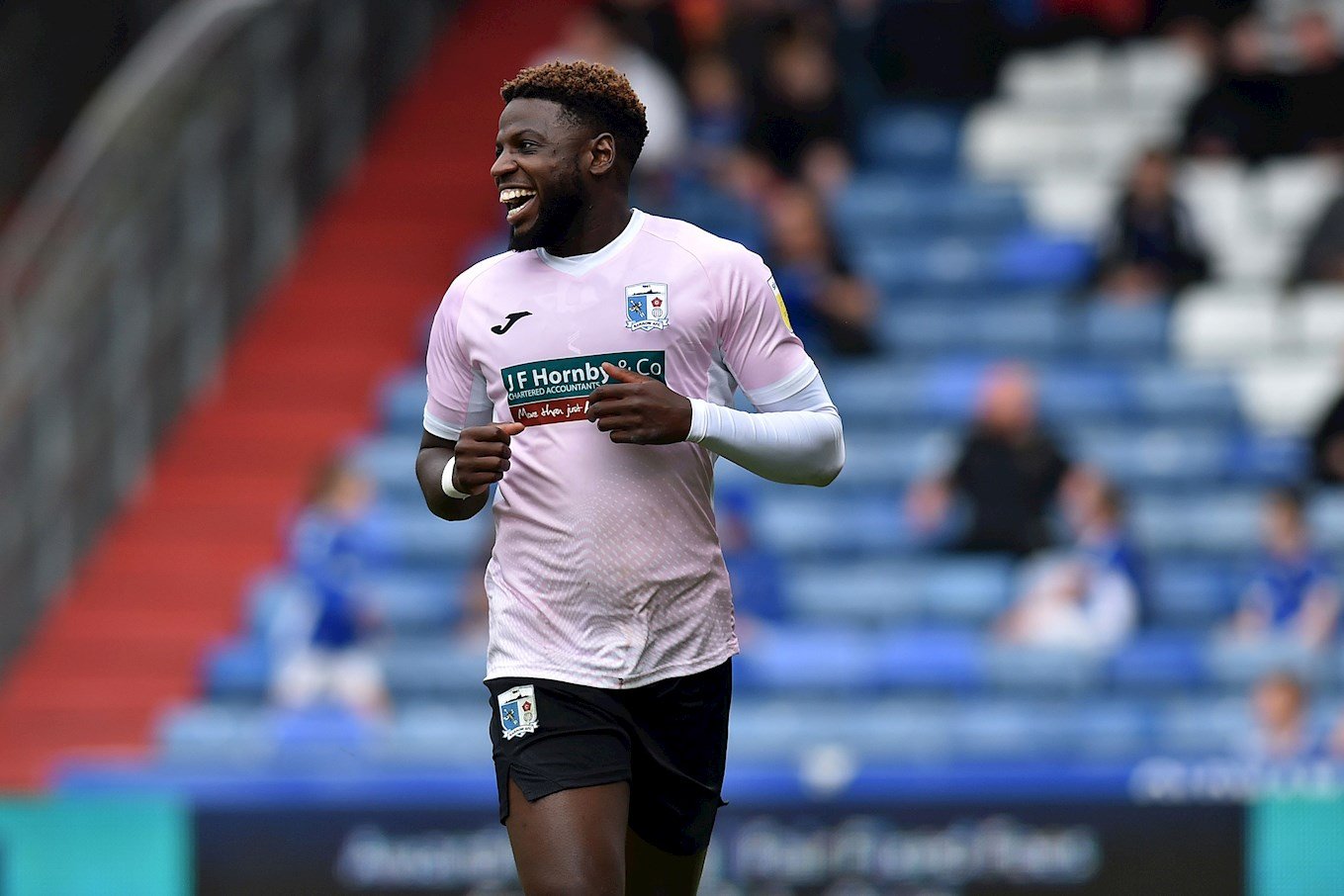 Offrande Zanzala (number 10) has 3 goals to his name

Offrande Zanzala (number 10) has started well since joining from Carlisle United. He has netted 3 goals in the league.

Another player to watch is former Walsall striker Josh Gordon (number 12) who moved to Barrow in the summer.  Gordon also has 3 league goals to his name, including a solo run and strike against Newport County that won him the EFL’s September goal of the month award.

Experienced midfielder Ollie Banks (number 28) is probably Barrow’s man to watch.  Banks is in red-hot form and has already had his highest scoring season since 2013/14 with 6 league goals this campaign (2 of them penalties).  Banks is a dead ball specialist and has been influential for Barrow this season. He is Barrow’s leading goalscorer and has plenty of know-how of League Two having won promotion with Tranmere Rovers in the 2018-19 season.

Apart from their manager, there are numerous links between FGR and Barrow.   Midfielder Jordan Stevens (number 35) was a product of FGR’s academy before moving to Marcelo Bielsa’s Leeds in 2018.  Stevens got embroiled in a charge of breaching gambling regulations which earned him a 6-week ban from all football which seemed to end his career at Leeds.  Loan spells at Swindon and Bradford followed before his move to Barrow this summer.

Forward George Williams (number 23) played for Rovers between 2018 and 2020 before moving to Grimsby, then joining Barrow in August.

Defender Mark Ellis (number 6) played for Rovers in 2017, on loan from Carlisle.

Jordan Stevens in his FGR days

Rovers have struggled against Barrow in their only previous League 2 meetings during last season.  A 2-0 defeat in Nailsworth and the necessity of a 96th minute Nicky Cadden free kick equaliser to salvage a 2-2 draw when the sides played at Holker Street.

Barrow have been through a few managerial changes since their promotion to the EFL.  After 22 games in charge (including only 2 victories) David Dunn was sacked as manager in December 2020. Michael Jolley was appointed Barrow’s new manager 2 days before Christmas and Jolley was immediately active in the January transfer window.  But Jolley only lasted until February this year, with Assistant Coach Rob Kelly stepping in for his 2nd spell as interim manager.  In the summer Barrow appointed Mark Cooper as their new manager after FGR parted company with him.

Barrow’s list of managers doesn’t include many familiar names. But, in another link with FGR, Rovers fans will remember one of our former managers, Ady Pennock, with his assistant Jamie Day.  Pennock managed Barrow with Day from October 2017 until May 2018.  Pennock is now in his 2nd season with Singapore League side Brunei DPMM FC and led them to their 2nd Singapore Premier League title in his first season in charge.

Barrow’s crest tells a story – a submarine represents it’s shipbuilding heritage, particularly the building of submarines.  The red rose represents its historic association with Lancashire (though it has been Cumbria’s 2nd biggest town for a while).  There is a bee that looks as though it’s impaled on an arrow (B-arrow).

The club was formed in 1901 as the crest tells us and finally, of course, there’s a football. The club might be thinking of adding a wind turbine to the crest sometime soon as Barrow is a hub for energy generation and handling. Offshore wind farms form one of the highest concentrations of turbines in the world, including world’s 2nd largest offshore wind farm, Walney.

As a football club Barrow spent about 50 years in the football league between 1921 and 1972 without any notable success. Almost the next 50 years were spent in non-league football with the club moving between the 5th and 6th tiers on a regular basis. In 2019 Barrow’s odds on winning the National League were 50/1. Defying these odds, the Bluebirds surprised everybody by leading the league until the season was curtailed by the pandemic and Barrow were awarded automatic promotion into the football league.