Stevenage come to TFCNL on New Year’s Day.  Stevenage’s Boxing Day game against Crawley was postponed due to covid in the Crawley camp, but their away game at Swindon on 29 Dec went ahead (a battling 0-0 draw), so we are hopeful the game against Rovers will be on.

After winning their first 2 games of the season there has been a decline for Stevenage, who are now in 21st place in the league, just a point above the relegation places.  This form cost their manager, Alex Revell, his job in November.  Paul Tisdale was appointed at the end of November and ‘Boro’ fans will be hoping for a reaction from the team under his stewardship.

Tisdale is Exeter City’s longest serving manager (lasting for 12 years between 2006 and 2018).  He then had an 18-month spell managing MK Dons and a spell in charge of Bristol Rovers that only lasted 3 months.

Two draws and two defeats in Tisdale’s 1st 4 games hasn’t been the perfect start.  Tisdale may have a challenge on his hands, looking at Stevenage’s stats.

In the September fixture at The Lamex Stadium between the sides, Rovers won 4-0.  A 2nd minute Kane Wilson goal was followed by second half goals from Matty Stevens, Jamille Matt and Jake Young.

Stevenage’s Player of the Season last season was their number 7 winger Elliott List.  List is, without doubt, Stevenage’s star man this campaign.  He plays up front, normally on the left of strike partner Luke Norris if Stevenage are playing a 4-4-2.  List has 8 of Stevenage’s 16 goals this season (1 penalty and 7 from open play).

Leading the attack in their first few matches has been their number 9, striker Luke Norris, who has 3 goals to his name so far.

Standing out for a different reason is defender Terence Vancooten who wears number 15 and who has managed 6 yellow cards and 1 red this season.  Vancooten is now in his 5th season at Stevenage.  He missed the home game against Rovers in September through suspension.

Forward Luke Norris is one of Stevenage’s attacking threats.

Defender Terence Vancooten has seen a lot of yellow and a bit of red this season.

Stevenage Athletic were formed in 1968. They were reincarnated (after bankruptcy) as Stevenage Borough in 1976. When they came into the Football League for the first time in 2010, the ‘Borough’ was dropped and they are now Stevenage F.C.

Stevenage became the first ‘New Town’ in the UK in 1946. It’s in Hertfordshire, about 30 miles north of London. It grew up as a staging post on the Great North Road (the A.1) which runs from Smithfield Market, London to Edinburgh.

Stevenage itself isn’t much of a tourist hot-spot (unless you like roundabouts – the town has more than its fair share) but you may have seen Robbie Williams, The Rolling Stones, Oasis, Manic Street Preachers, Led Zeppelin, Pink Floyd or the Chemical Brothers at nearby Knebworth House.

The football club were promoted from the National League (the Conference as it was) in 1996 but were denied promotion to the EFL because of inadequate ground facilities. It would take another 14 years before Stevenage came into the EFL for the first time in 2010 . Their first EFL season was very successful and they won promotion to League 1 (beating Torquay Utd in the play-offs). Their first season in League 1 in 2011/12 was also successful, seeing the club beaten by Sheffield Utd in the play-off semi-final. Since then the club were relegated back to League 2 in 2014. In 2020, Stevenage were relegated from League 2, only to be reprieved when Macclesfield had points deducted to be relegated in their place.

Stevenage have had one or two famous managers in their short history.

Former England caretaker manager (albeit just for one match), Peter Taylor, managed Boro for 6 months in 2007/08.

The man who has managed Stevenage more than anyone else has been Graham Westley.  Westley has had 4 spells as manager at Boro between 2003 and 2020. 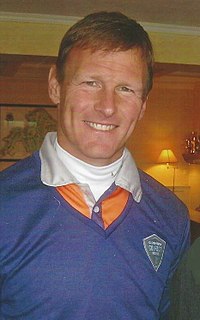 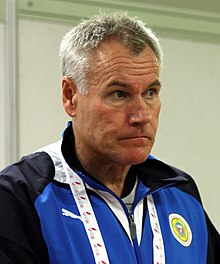 Undoubtedly, Stevenage’s most famous son in recent years is 7-times Formula 1 Champion, Lewis Hamilton.  Lewis was born in Stevenage in 1985 to a Grenadian father and Birmingham mother.  His parents separated when Lewis was 2.  He was brought up a Catholic and educated at The John Henry Newman School, a voluntary-aided Catholic secondary school in Stevenage.  At the age of five, he took up karate to defend himself as a result of bullying at school and was also excluded from school for a period when he was mistakenly identified as having attacked a fellow student who was treated in hospital for his injuries.  In addition to racing, he played football for his school team with former England international Ashley Young (now at Villa, of course).

Lewis started carting in 1993 and progressed to his first Formula 1 drive with McLaren by 2007.  Had racing not worked out Lewis reckons he would have tried football or cricket instead!