Meet some of the people behind the Supporters Club.

Born a few miles from White Hart Lane and first attending a Spurs match there in 1959, that will always be my spiritual home. I was a regular in the 60’s, carrying my wooden box to every game in the early years,  to stand on at the front of the terracing in the enclosure. Season tickets for 20 years from 1986 and a lot of away travel, reinforced that commitment.

Having moved to Nailsworth in 2003, I discovered the little club on the hill, in walking distance from home.  I was not previously aware FGR existed, even though I was often in The Jolly Foresters. A few matches then captured my interest.

A regular home and away FGR supporter now for over 10 years, confirms me as a ‘blow-in’, to the club, Nailsworth and the Stroud valleys. I am now a complete convert to the lower leagues, the honesty; the camaraderie with home and away fans; and the unique journey the Club is on, under Dale’s ownership and leadership.  Long may it continue. 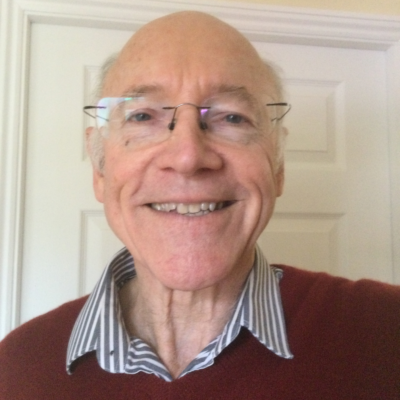 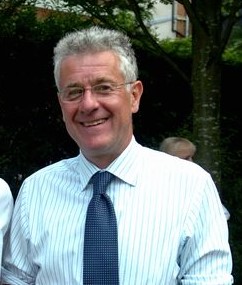 My addiction to the club from the town of my birth, Bury, waned in the 1990s. With a young family long road trips were not on;  I began to watch a few matches at Shortwood & Forest Green. The latter won my affections & I became a regular at the New Lawn in the seasons they climbed to the summit of non-league football.

In the last 20 years I’ve been active on the club forum, tried to watch most matches home & away and worked to raise the profile of the club in the local community. I started the club’s Ambassador scheme which has grown to 90 enthusiastic advocates from 70 schools.

I fully support the eco credentials & the sustainability values of the club. It’s great that FGR is a prime mover in green agenda and this attracts fans to our club from all over the world.

Hello,  my name is Penny Smith and I am a relatively new fan at FGR being a season ticket holder for 5 seasons now.  Football was not part of my life until I travelled back from Poland on the same airplane as the 1966 England World Cup team who then went on to win, on my birthday!  I was hooked. First live match was Zurich Grasshoppers at home 1968.

During 20 years in London I became a definite ‘live’ football fan watching various teams at different levels – boyfriend/husband who sometimes played 4 times a week, Leyton Orient, West Ham, Wembley cup finals and England Internationals with the odd trip out including Ipswich, Aston Villa and Tamworth.  Moving to Gloucestershire with a young family there was little time, or funds, for many football experiences beyond the kids teams.  Some exceptions were Chippenham Town v Deal and Torquay v Ebbsfleet at Wembley, a number of playoffs and internationals at the Cardiff Millennium  stadium and the brilliant Women’s Olympic final of USA v Japan as well as occasional visits to FGR.

With family responsibilities less and a new chapter in my life beginning I decided to make regular ‘live’ football a reality and here I am.  I believe in the club and it’s ethos.  As a lifelong vegetarian it is wonderful to be able to eat at a football stadium (although I am not a fan of fake meat).  What an exciting club to be part of!!  I love being a member of the supporter’s club committee and am proud of what we do. 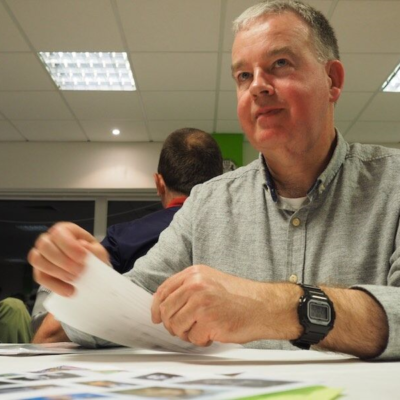 I was mainly brought up in Kent/South London. So my first football love was Crystal Palace. I was a regular on the Selhurst Park terraces. I still try to get to the odd game including going to  the 2016 Cup Final.  As my parents were originally from Scotland I have watched a few of the Scottish teams on visits to the ‘old country’. On Sunday mornings I still check to see how Queens Park, Partick Thistle and Dundee have fared.  About 25 years ago my wife and I moved to Stonehouse. She sometimes visited a friend in Nailsworth and would drop me off to watch FGR before meeting up later for a meal at the Britannia.

I co-founded Stroud FM Radio and when the station went full-time I presented the Sunday Breakfast Show. Local sport was an obvious thing to include in the programme.  I started to interview the FGR manager after each home match starting with Jim Harvey then Hockaday and Pennock. So I went from an occasional attendee at matches to a season ticket holder.  I was Secretary of Stroud FM for 10 years but stood down when I had to undergo major surgery.  Sadly about a year later Stroud FM closed down.

When the Trust merged with the Supporters Club the Board co-opted me into the role of Secretary. I have fulfilled that role until this year.  I have also, amongst other things, covered membership, organised quiz nights and sell match day raffle tickets, normally outside reception.

Hi my name is Ron Oswell.  Within the football club I’m usually selling raffle tickets in the concourse.

I first became interested in the club around 2007/8 when I worked at Philip Ford’s Funeral Directors where the bosses of the firm were Martin and Jenny Anns and they were also well established in the football club.  I then became a member of the Supporters Trust and as time evolved the advent of the present Stadium came about.

I joined up with the painting team under John Whiffen once the Lawn had been constructed to paint and decorate as required. Once the club was up and functioning I joined the Supporters Club where I became familiar with the Rovers Raffle in all its various avenues. 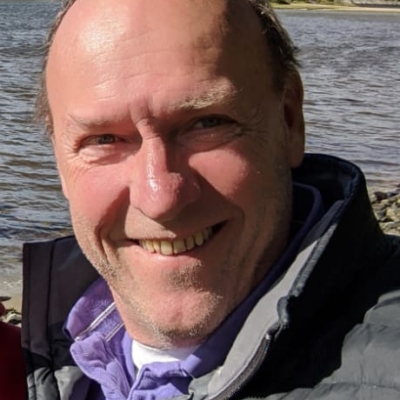 We moved to the area from Bristol in 2002 and I’ve been watching Rovers ever since.  My son has been an ambassador for the club for a little while so, in recent years, I haven’t missed many home games and have travelled to numerous away grounds in the National League and League 2.  I probably enjoy the awaydays even more than home matches – it’s always exciting to visit a new ground and a new town.  Adams Park (home of Wycombe Wanderers) is one of our favourites for the terrific welcome and for the red kites flying over the stadium.

I’m not vegan (not yet at least!) but I’m a big fan of Dale  and what he has achieved with our club.  Having watched football for more years than I care to think about, I did feel the game needed a fresh approach and a new way of looking at things and FGR are certainly ticking those boxes!  And I can almost see the floodlights of The innocent New Lawn from where I live!

Tim Barnard
I grew up in Nailsworth and got my first Saturday job doing the milk round around Forest Green in the 1970s. I started watching Rovers with my mates (now flung far and wide) in the afternoons and have great memories of travelling to away matches at the back of the team coach as a teenager.
I moved away in 1979 but continued watching FGR from afar and the 1982 FA Vase run cemented Rovers as my team.
I watched with something approaching fairytale disbelief as Rovers started rising through the leagues in the 1990s and was in dreamland when we reached the Conference.
As a Civil and Structural Engineer running my own business I was heavily involved in the development of The New Lawn with Trevor Horsley from 2002 to 2006 to help ensure that Trevor’s vision of higher things for the Club came true without the wheels coming off. So far so good.
Since that time I have been involved with the Club on a voluntary basis and have written a book about the history of the Club “Something To Shout About – A History of Forest Green Rovers AFC”.
I see the Supporters Club as a way of keeping the supporters at the heart of the Club with the aim of increasing the support for the club in any way possible.
The Supporters Club provides an opportunity for this to happen, long may it continue. We are FGR.

I am an exiled sexagenarian Bristolian who has lived in Stroud since the mid eighties. Aware of Forest Green Rovers well before then through franchised reports in the Bristol Evening Post, I had no idea where in Gloucestershire Rovers were located.

Interest peaked by the Stroud News & Journal’s reports, I saw my first few home matches about 36 years ago, but only when my own sporting commitments – football, hockey, cricket & dry-slope skiing – permitted. As my joints screamed for mercy and body parts seized up, adrenalin though sporting competition was traded for a gradual addiction to supporting Rovers, home & away.  Later, I played sidekick to Bob Hunt in live BBC Radio Glos commentaries

In the late 80s, a cricket injury deprived me of the hearing in one ear, and gradually my deafness worsened.  Nonetheless, I found that yelling support from the anonymity of The Old & New Lawn’s stands (where no one can hear what anyone else says anyway) meant a level playing field for my depleted senses.   Eventually, severe & profound deafness led to early retirement in 2010.   That left me more time for putting in volunteer work with the Club, the more so on Dale Vince’s arrival as initiatives like the Ambassador Scheme met increased support.

Already in our mid 60s, 2 years ago my wife and I adopted vegan diets, proving you can teach old dogs and bitches new tricks!

Currently, I am delighted to be Members Secretary for FGR Supporters Club, amongst other things compiling its monthly newsletter.