How are Hartlepool doing?

Pools are coming to TFCNL in 12th place in the league.  Hopes of the play-offs have almost certainly gone after a home loss to Salford last time out.  They are 14 points away from a play-off place with just 6 matches left to play.

Early in the season there was a marked contrast between Hartlepool’s home and away form.  Hartlepool turned their home at Victoria Park into something of a fortress, but tended to be fragile away from home.  This has changed since the start of this year – they have been much better away from home, with wins away at Newport, Colchester, Harrogate & Crawley and away draws at Exeter & Carlisle.

Even so, with just 18 points from 20 away games, Hartlepool have not been great travellers – only Stevenage & Scunthorpe have fewer away points this season.

Wing backs David Ferguson (number 3) and Jamie Sterry (number 2) are important players for Hartlepool and have performed well being given greater attacking licence in a three at the back system. Ferguson is Pools dead-ball specialist and has scored 5 goals this season.  Sterry may have a grudge to bear, having been red-carded in the 87th minute when Rovers went to Hartlepool in November.  First half goals from Jordan Moore-Taylor, Jamille Matt & Matty Stevens secured a 3-1 win for Rovers (an 80th minute consolation penalty for Hartlepool was converted by Featherstone).

The signing of Omar Bogle in late January has given Pools a new attacking focus.  Bogle has scored 4 times in 14 starts and tends to be the front man in a 3-4-2-1 system.

Right wing Luke Molyneux (number 10) has been a constant pick this season in a frequently changing Hartlepool front line,  Molyneux has scored 7 times this season and is Pools’ top marksman.  But, an injury in Pools recent game against Mansfield may keep him out of the side. 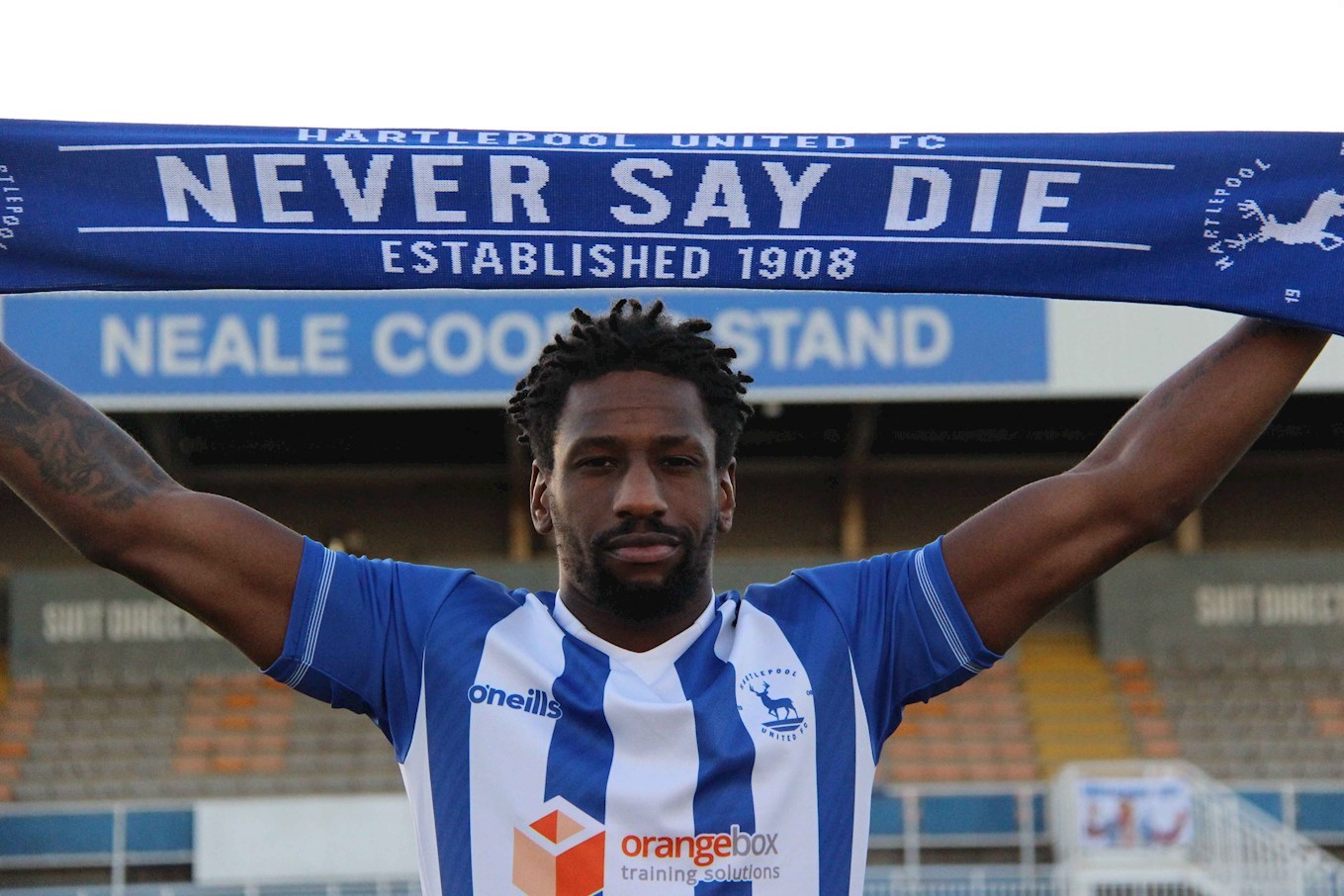 Recent signing Omar Bogle has made an impact.

Winger Luke Molyneux may be an injury doubt. 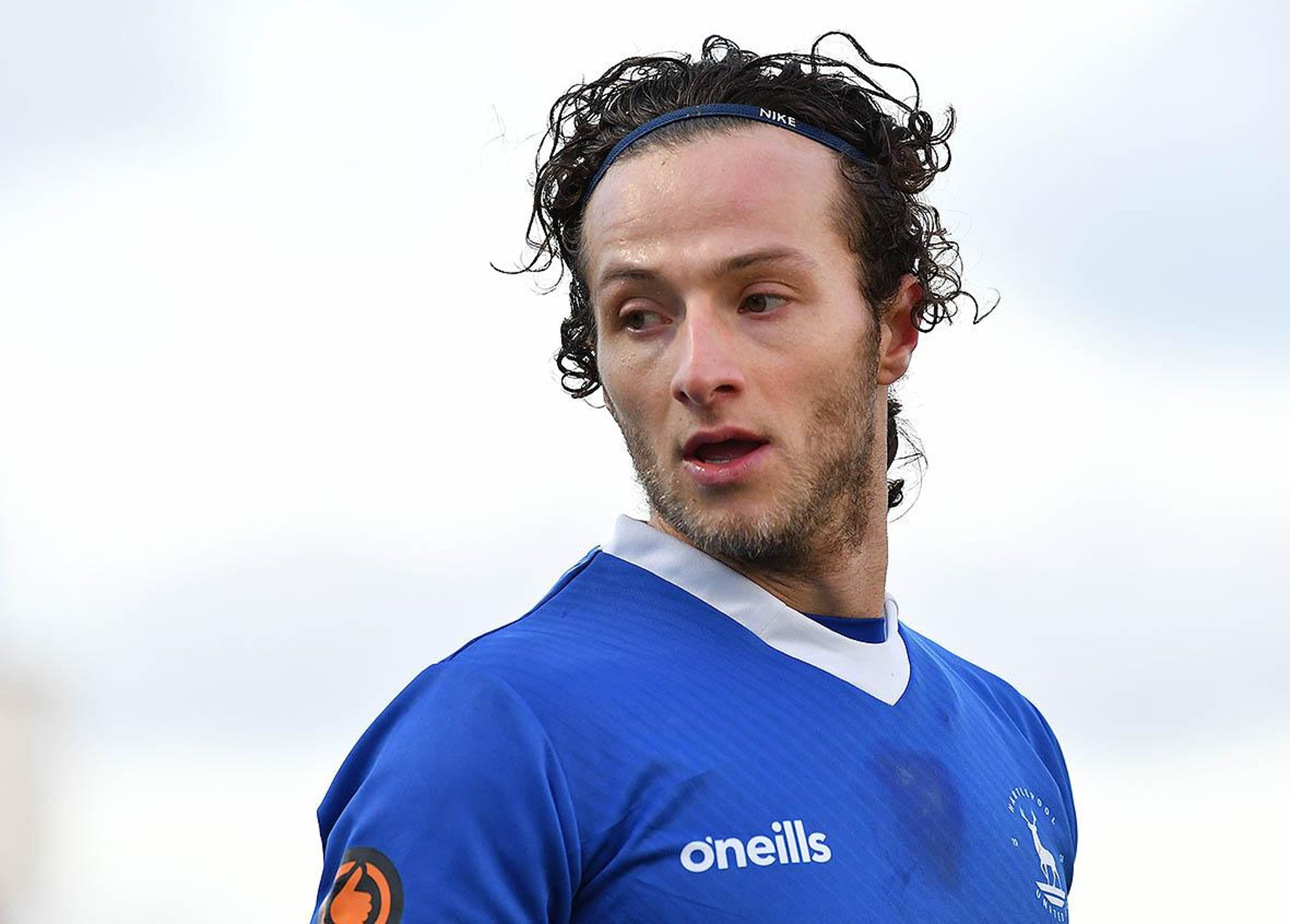 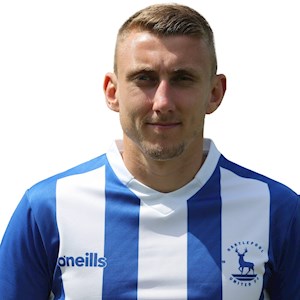 There was a bit of turmoil at Hartlepool at the start of the season.  Their manager, Dave Challinor, who guided them back to the EFL last season, left to manage Stockport County.  Challinor signed a new 3 year contract with Pools at the end of September and was regarded as one of Pools most successful coaches.  So, it was curious that, 3 weeks after signing his new contract, he moved to a lower league club on a 2 and a 1/2 year deal.  But Stockport County are currently leading the National League. 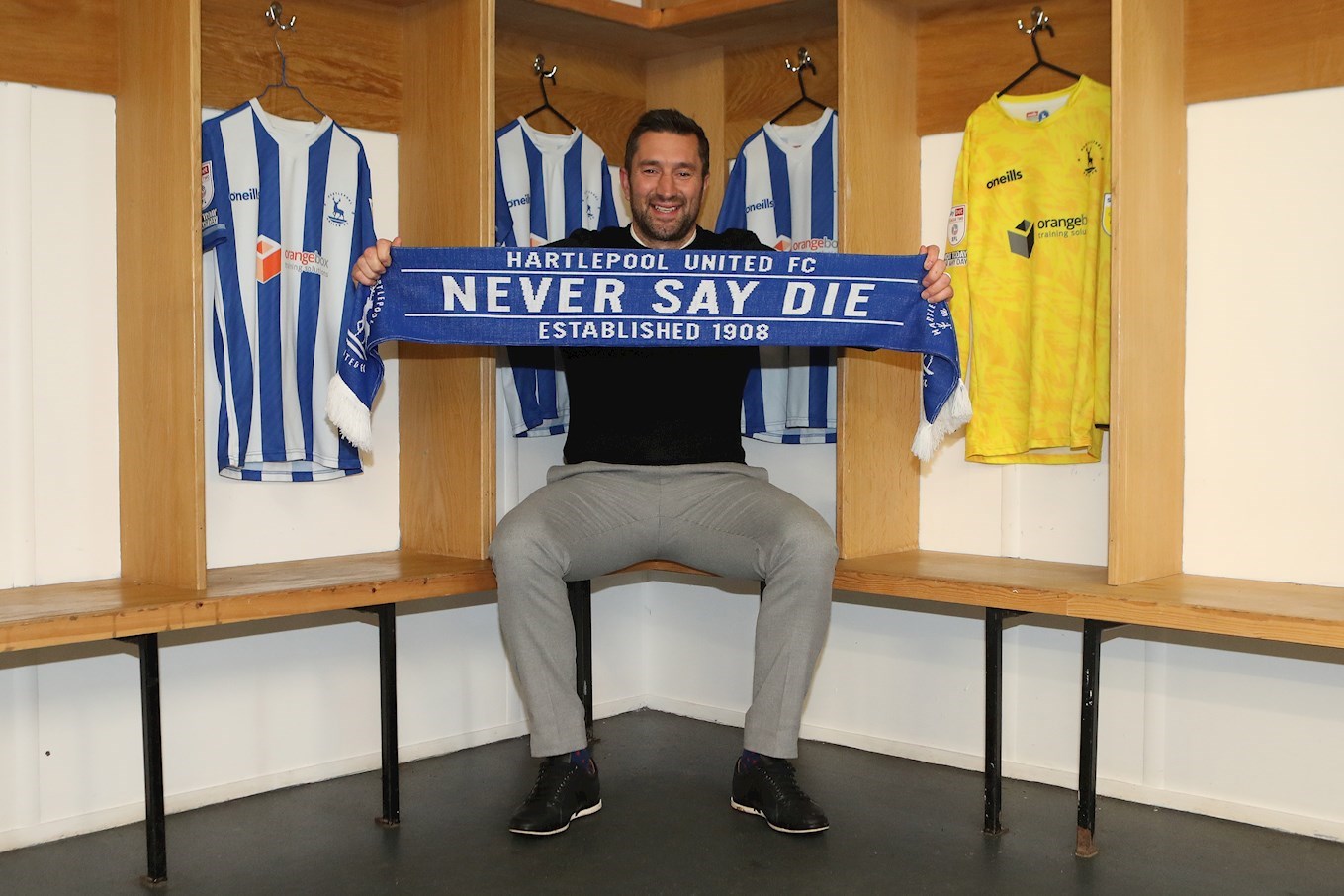 Graeme Lee was appointed in December as the new manager of Hartlepool United.  Lee had previously been coach of the u-23’s at Middlesborough.

Pools were relegated to the National League in 2017 for the first time in their history.  The club earned promotion back to the EFL in 2021 via the play-offs.  After finishing 4th in the regular season they defeated Bromley in the play-off eliminator, then Stockport County in the play-off semi final.  A dramatic final against Torquay went to extra time and penalties after the Torquay goalkeeper, Lucas Covolan, scored a dramatic 95th minute headed equaliser.  Hartlepool won the shoot-out 5-4.

Lucas Covolan’s dramatic equaliser for Torquay against Hartlepool.  In spite of this, Pool went on to win the play-off final on penalties.  Covolan is now at Port Vale.

The home of Hartlepool United has been Victoria Park, ever since the club was formed in 1908.  The capacity of the ground is nearly 8,000.

In 1916, the stand on Clarence Road (now the Cyril Knowles Stand) was bombed by a German Zeppelin and completely destroyed. The club had a go at claiming compensation from the German government, but failed!

Hartlepool have been in either the 3rd or 4th tier of the EFL since they were admitted in 1921,except for a 4 season spell in the 5th tier (mentioned above).

Their 2 most famous managers have been Brian Clough (his first managerial appointment) between 1966 and 1967 and Cyril Knowles between 1989 and 1991.  Under Knowles, a legend at the club even today, Hartlepool enjoyed relative success.  But in 1991 Knowles was diagnosed with brain cancer and passed away later the same year.

Brian Clough rejuvenated Hartlepool in his short spell in charge before moving to Derby County.

Some say Cyril Knowles was the best full back Tottenham have ever had.  Hartlepool fans remember him as a legendary manager.

The mascot monkey that became Mayor of Hartlepool!

Hartlepool’s nicknames are ‘Pools’ or ‘the Monkey Hangers’.

Legend has it that during the Napoleonic Wars of the early 19th century, a shipwrecked monkey was hanged by the people of Hartlepool, believing him to be a French spy! To this day, people from Hartlepool are still known as ‘monkey hangers’.

The team’s mascot is a monkey called H’Angus.

In 2002, H’Angus, also known as 28 year-old Stuart Drummond, beat off opposition from the main political parties to be elected to the £53,000-a-year job as mayor of Hartlepool.  His winning slogan in the campaign was “free bananas for schoolchildren”.  Even though his candidacy was just a publicity stunt, he was subsequently re-elected and served until 2012 when the post of mayor of Hartlepool was eventually abolished.  He never made good on his promise of free bananas!