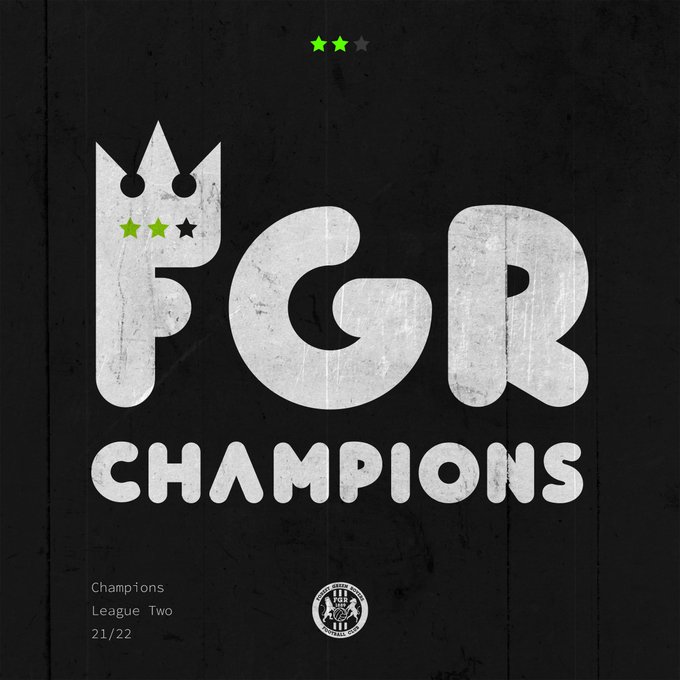 FGR achieved what seemed unlikely before kick-off on Saturday.  One point behind Exeter and needing to better Exeter’s result, Rovers faced a tough away trip to Mansfield, a side that had won all their home games (except one) since October.  There was an early setback when Mansfield took the lead early on.  Ebou Adams equalised, only for Bowery to put Mansfield ahead again with 11 minutes left to play.  But then, Josh March ran on to a through ball and dinked it over the Mansfield keeper – 2-2!

There were then a few minutes of anxious waiting as the Exeter v Port Vale game finished.  Exeter lost 1-0 and Rovers were Champions!

There was no trophy presentation as the Cup had travelled to Exeter, anticipating the Grecians being successful.  These things are hard to predict.

Huge congratulations and thanks to Rob & Richie and to the whole squad for the pleasure they have given us this season!