Port Vale came up from League 2 last season together with FGR.  They beat Mansfield 3-0 in a play-off final at Wembley.

Vale are having a really good first season back in League 1.  In their last game at home against lowly Morecambe on Boxing Day they won 1-0.  This has pulled them up to 9th place in the league, and level on points with Peterborough & Wycombe above them.  They are also on something of  run of form, with 3 wins in their last 4 games.  Their wins this season have included a couple of significant away scalps – beating both Derby & Plymouth.

In the reverse fixture at Vale Park in October Rovers had a 2-0 half time lead through Myles Peart-Harris & Bailly Cargill, but were pegged back with 2 late Port Vale goals.

The summer signing of Ellis Harrison (number 22) was paying dividends for Vale.  The 28 year old striker was signed from Fleetwood and has repaid them with 7 goals so far this season.  But Harrison hasn’t netted since his 88th minute penalty against Rovers in October.

Another to watch out for is 21 year old central defender Will Forrester (number 15) who has been good for Vale this season.  Forrester moved from neighbours Stoke City last summer. 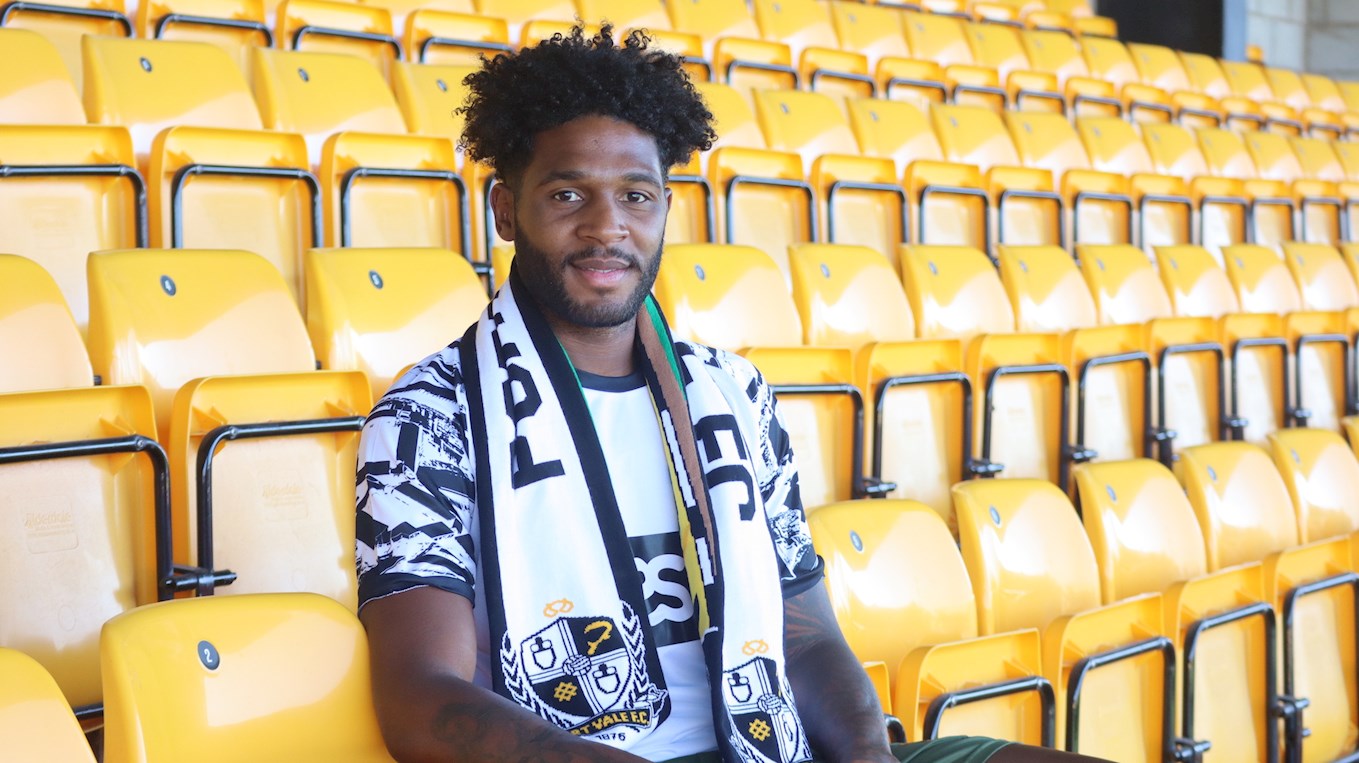 Ellis Harrison is Vale’s top scorer with 6 this season. 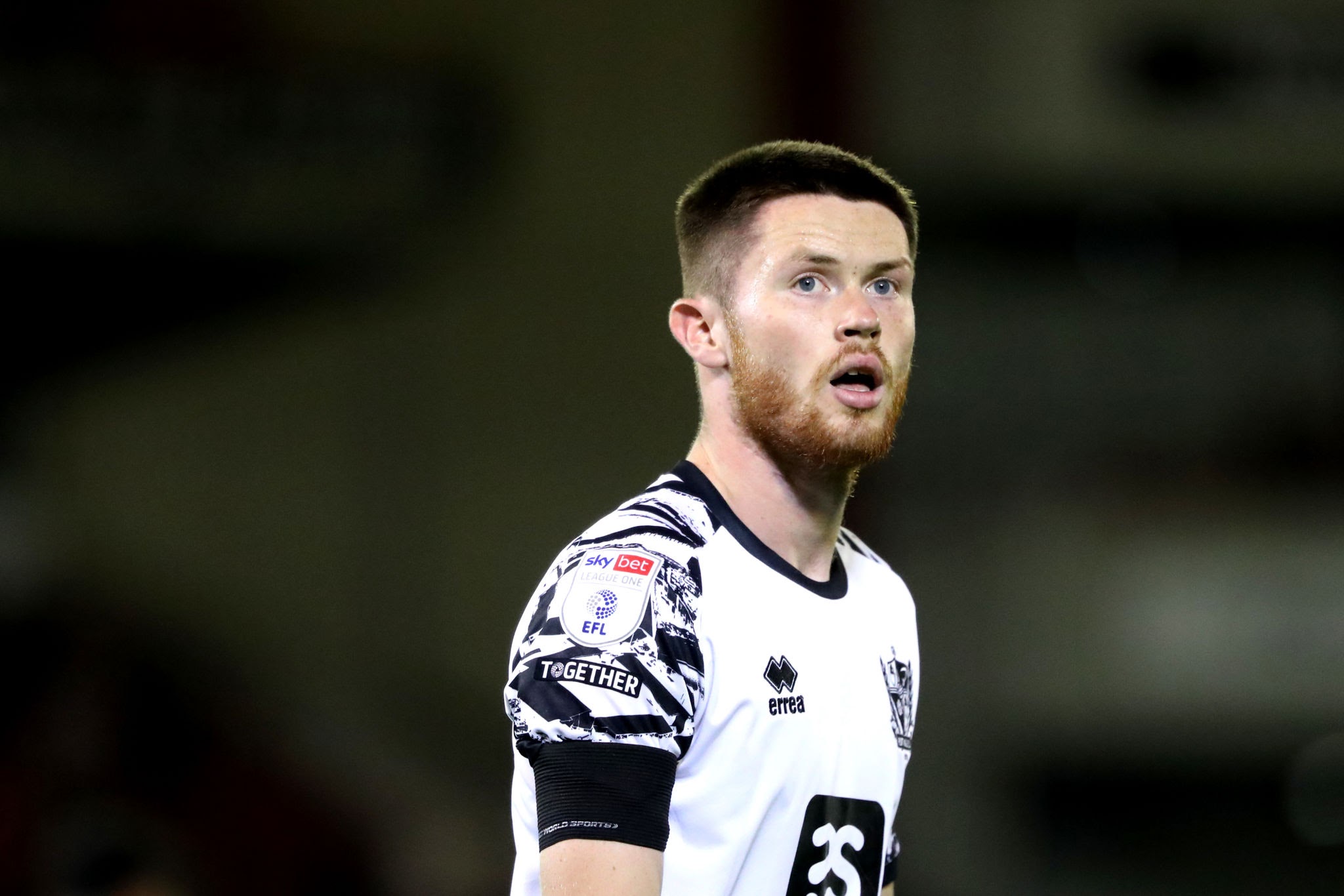 Vale are managed by former Bristol Rovers manager, Darrell Clarke.  Clarke managed Bristol Rovers between March 2014 and December 2018.  He moved to manage Walsall but only stayed for about 18 months before making a shock move to local rivals Port Vale in February 2021.  Former Swindon & Mansfield manager David Flitcroft is Director of Football at Vale.

Clarke’s arrival saw a strong return to form for Vale in the latter part of the 2020/21 season and they secured their promotion last season via the play-offs.

Darrell Clarke has been leading a Vale revival.

Carol and Kevin Shanahan took over as Port Vale’s owners in May 2019 (Carol is the club’s Chair) and the atmosphere at the club is now much more optimistic than before their arrival.

Former Vale striker Tom Pope (35) used to make headlines with his use of social media when he played for Vale (he retired a year or two ago).  He once claimed he would score 40 goals a season if he played against Man City defender John Stones every week.  He revised this to 50 goals a season after he scored against Man City in their FA Cup tie in January 2020.  During his career he served 2 separate one-match bans for his comments on Twitter.

Port Vale FC is in Burslem near Stoke on Trent, one of the 5 towns of The Potteries.  It is one of only 3 EFL clubs that aren’t named after a geographical location.  The name is a reference to the valley of ports on the Trent & Mersey canal –  The Great Pottery Throw Down and Peaky Blinders have both been filmed at nearby Middleport Pottery on the canal.

They are nicknamed ‘The Valiants’ – the club crest features 2 Portland Vases (representing the association with Wedgewood in the area), and a Staffordshire knot.  The fierce traditional rivals have been Stoke City (4 miles away) but it has been some 20 years since they played a competitive league match.  Crewe Alexandra filled this gap as a local rival but Crewe were promoted then Vale went up as Crewe came back down, so Vale are a little short of local rivals at the moment.  Shrewsbury Town and Burton Albion would top the list this season.

Most of Vale’s history has seen them in either the 2nd or 3rd tier of the EFL.  Over time, the club have been more regularly seen in the 3rd or 4th tier over the last 50 years (they’ve had 4 relegations to the 4th tier in their time).  They were in administration in 2012 but have revived under new owners since 2017.

Overall, Vale have played 110 seasons in the football league without ever reaching the top tier (this is a record!).  41 of these seasons have been played in football’s 2nd tier. 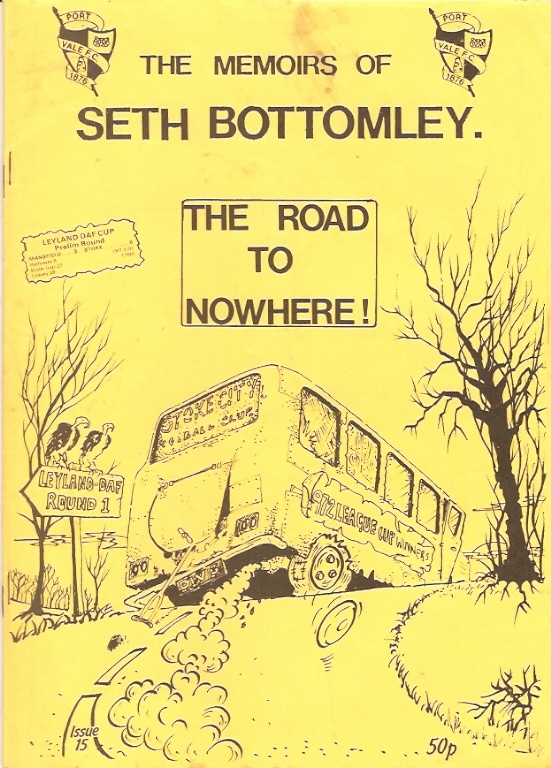 One of Vale’s fanzines.

Robbie is from Burslem!

Vale’s most famous fans are Robbie Williams and former world darts champion Phil (‘The Power’) Taylor.  Taylor is Burslem born and bred, won the World Darts Championship 16 times, and is regarded as the best darts player ever.