Rovers make the trip up the M6 on Saturday 11th December to face Oldham for the first time this season.

We’ve had a request from an Oldham supporters group that FGR fans don’t attend the game.  Oldham supporters are trying to arrange an ‘Empty the Park’ event as a demonstration against their current owners and the way the club is being run (more details about the dispute below).  If you are going to the game, the group is saying they would understand this decision, but are requesting that you don’t buy any food, drink or memorabilia while you’re at the ground.  Details of other food outlets, pubs & parking around the ground are below.

Coaches leave from the TFCNL at 0935, Sainsburys 0950, and Stonehouse 1000.  The road journey is a little over 3 hours (if the M6 is working well!).  Rail travel, as usual, isn’t really a runner – it takes 5 hours from Stroud, involves many changes, and you would have to overnight in Oldham as you can’t get back on the same day.

If you drive, there are official car parks, but the stadium is about a mile from the town centre and you should be fine finding somewhere to park that’s reasonably close.

Dress well!  Oldham is one of the highest grounds in the country and can be breezy.  Joe Royle once dubbed the ground ‘Ice Station Zebra’ and it is known, anecdotally, for being the coldest ground in the football league.  Away fans occupy one of the stands behind a goal.  It’s covered, seated, and with a pretty good view of the action. Check out Oldham’s guide for away fans oldham visitors guide 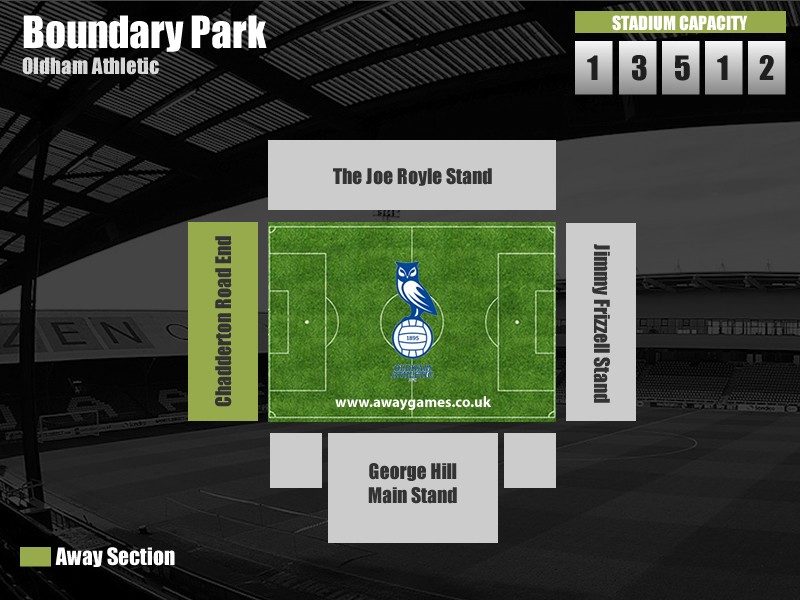 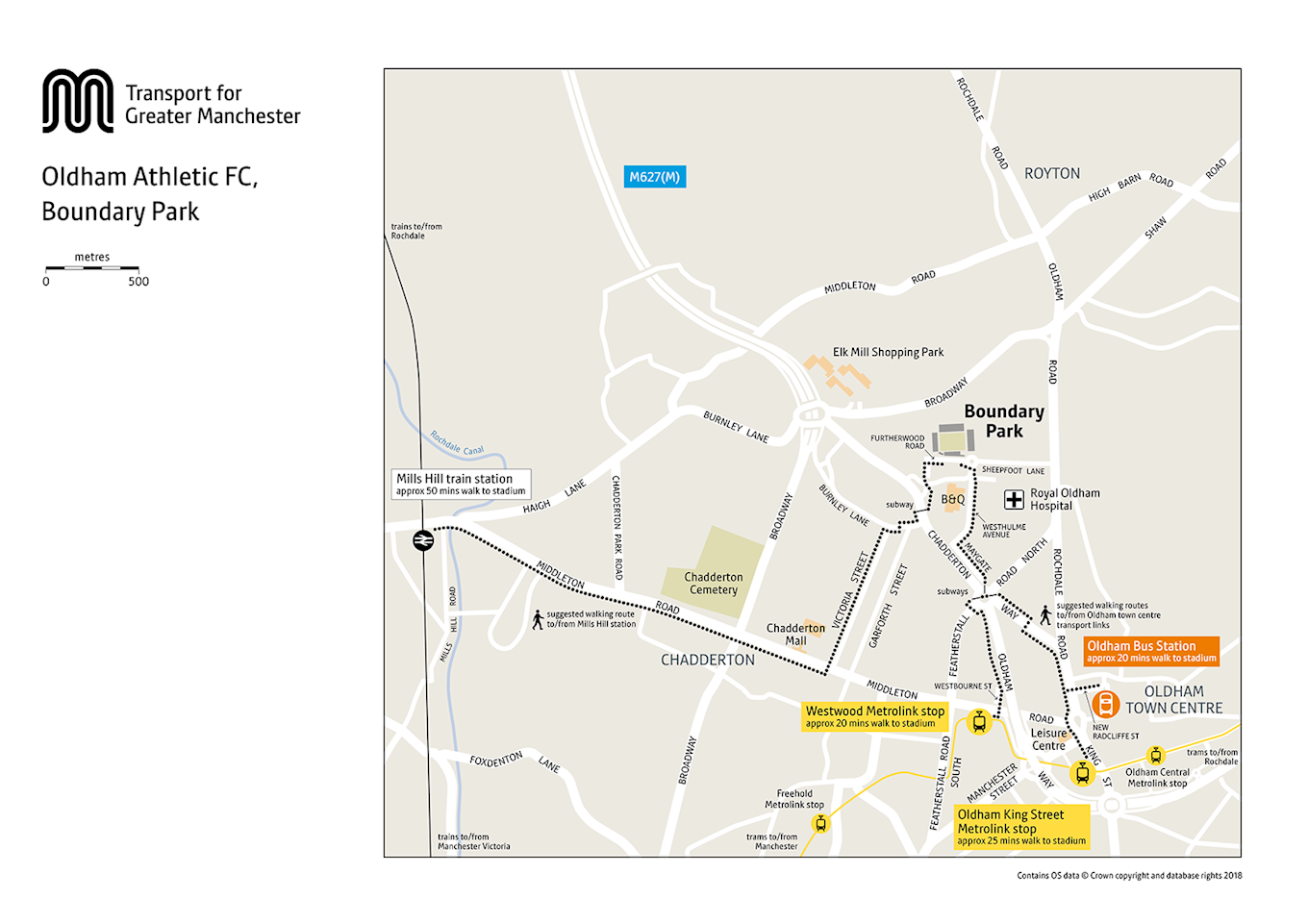 Oldham are struggling this season.  15 points from 20 games means only Scunthorpe are below Oldham in the table.  Oldham also have the division’s worst home record – just 7 points from 10 home games.  In spite of this, Oldham do have the capacity to surprise.  A 2-1 away win at Sutton and a 1-0 away win against Rochdale and, most memorably, a 3-2 home victory over Port Vale, demonstrate they can’t be taken lightly.

The bright moments in Oldham’s season have tended to come from their midfielders Davis Keillor-Dunn (number 10) and Dylan Bahamboula (number 24) who are Oldham’s top scorers with 4 and 3 goals respectively.

Oldham’s manager was Keith Curle when I started to write this.  But he was sacked after Oldham’s recent loss to Northampton, having been in post since March this year.  Oldham have had 13 managers since the start of 2016 and none of these managers have lasted for a year.

Trigger-happy Oldham owner, Abdallah Lemsagam, took over the club less than 4 years ago and has been at loggerheads with Oldham fans for quite a lot of that time.  Oldham have dropped from League 1 to the lower reaches of League 2 and Latics supporters have been finding more and more inventive ways of protesting against their Moroccan owner.

Lemsagam has rattled through ten managers in just over three and a half years, but his brother, Mohamed, the sporting director, has survived every sacking, to the amazement of supporters.  The club have tried to prevent protesting supporters from buying tickets, there have been pitch protests and match interruptions.  The owner’s hands-on approach has caused problems – Paul Scholes lasted just 31 days as manager before leaving, mentioning unwanted interference.

Davis Keillor-Dunn has 4 goals this season

Protests against the owners have become more and more inventive

The meetings between the 2 sides last season were both memorable.  An abandoned game at The New Lawn was replayed and Rovers won 4-3 (Bailly Cargill scoring twice).  The return game at Boundary Park was the final game of the season and Rovers needed a win to secure a play-off place.  They succeeded, with a 3-0 victory (Aaron Collins scoring twice).

Harry Kewell was manager for the first game but he was sacked in March this year.  Keith Curle was manager when the sides met in Oldham.

On a hill where you can see the centre of Manchester, Oldham play at Boundary Park, the 3rd highest ground in the EFL. At 160 metres above sea level, only The New Lawn and The Hawthorns are higher. Boundary Park is so-called as it lies on the north-western boundary of Oldham.

Oldham have more local rivals than most. The stadiums of Rochdale Salford City, Huddersfield, Burnley, Bolton, Accrington, Blackburn & (until their expulsion from the league) Bury are all EFL teams within a 20 mile radius. Most Oldham supporters see Rochdale as their chief rivals these days but these rivalries are often eclipsed by hatred of two other teams who play less than 10 miles away – Manchester United and Manchester City.

In their history over the last 100 years Oldham have spent most of their time in the 2nd and 3rd tiers of the EFL. This is their 3rd spell in the 4th tier – they had a few seasons around 1960 and a short spell around 1970. After the latter there were under the stewardship of two of their longest serving managers – Jimmy Frizzell and Joe Royle. Their fortunes culminated in 3 seasons in the Premier League in the early 1990’s. Joe Royle moved to manage Everton and, since that time, it’s been mostly downhill.

The town of Oldham, at its peak, was the most productive cotton-spinning mill town in the world. But the industry declined during the 20th century and the last mill closed in 1998. Today, its population of over 100,00 is mostly residential.